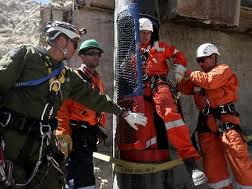 The mining resources industry has its fair share of risk. Some of the most sophisticated crisis management planning has been put in place by global mining and resource companies. Mining crisis management is tested, validated and integrated with emergency planning more than in most other industries. But the tragic loss of life in the mining industry continues as we saw in the recent Welsh colliery mining disaster, where the hunt for the miners ended with the news that all four miners were found dead. The tragedy played out typically through extensive live television, radio and press coverage, social media commentary and emotional family and community involvement throughout the escalation of the event.

Currently, there is a Royal Commission of Inquiry into New Zealand's recent mine disaster in Pike River that killed 29 people. The Inquiry will examine and report on the causes of the explosions at the mine and subsequent loss of life, and all aspects of the safety regulatory regime and rescue operations at the mine.

* Be ready to make rapid strategic decisions as well as tactical response at site.
* Localise the response, while maximising corporate and strategic assistance.
* Create a tailor made plan around uniform standards.
* Train and validate plans with large simulations and training exercises.
* Start planning for recovery before a crisis occurs.
* Test critical information systems for sharing response actions.

What fundamentally distinguishes crisis-prepared from crisis-prone resource and mining organisations is their overall cultural view of crisis preparedness.
Posted by Ross Campbell at 6:06 PM 2 comments: 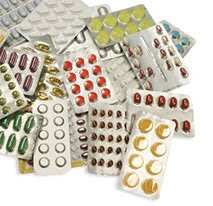 It's almost 30 years since two mothers, two sisters, a bride, a 12 year old schoolgirl and a stewardess all took Extra Strength Tylenol and died from cyanide poisoning. This landmark case was managed very well by Johnson & Johnson, who developed a new tamper-proof package and worked with the FDA and the FBI to take control and virtually save their brand. The social media phenomena was not around then but maybe Johnson & Johnson would have used this tool to waylay fear and apprehension and communicate their product recovery. It is still in its early days for many drug companies and manufacturers.
Posted by Ross Campbell at 9:47 PM 1 comment: