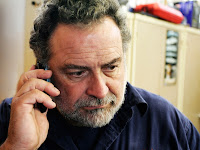 The worst nightmare for a company is knowing that its people and assets are under siege in another country. And as anyone who has been in this situation can confirm in the midst of an escalating incident, it is the most emotional time for affected individuals and families.

Ironically, some of the methods of doing business in foreign countries designed to save money can actually put an organisation’s whole presence in that country at threat. For example, setting up a plant in an area where labour is plentiful but transport is difficult, can put security pressures on executive staff who are managing the project. They can be at risk from local criminal and political instability or their families can be at risk from the problems they may face travelling on dangerous roads.

The key to crisis management in this foreign business environment is the development of a plan that adds local knowledge and expertise to help manage the threats. Coming to terms with the most efficient response to a crisis or emergency will depend, to a great extent, on the reliability of the planning and preparation that takes place beforehand.

In a recent experience in an Asian country going through severe political change and instability, a large transport company had attempted to set up an emergency evacuation structure for their people. They were working to deal with the threat of terrorism or the possibility of politically motivated kidnapping. In certain parts of South America and Asia, there is a continuous problem with short term kidnapping for fast financial gain.

In some Asian countries, there is rarely a day that goes by where there is not some reference to a financial deal done with terrorists related to a kidnap situation.

In this case, the company was slow in putting together guidelines for protecting the organisation against potential problems. A number of employees at the company had decided to take a plan into their own hands. They decided that if their families were the victims of kidnap for ransom or any form of terrorism, they would create their own group of negotiators and deal directly with the kidnappers.

Their fear was exacerbated by an incident where the wife of one of the employees was threatened by a chauffeur driving their children to school. She fortunately was able to take control of the vehicle and drive her family to a safe situation. Her husband, with other expat friends, formed a local response group to deal with the situation, which led to a violent retaliation that involved company, government, police and consular officials. The situation did get out of control and the company was the loser. If they had a tested response plan there in the first place, the security threat would have been easier to deflect and control.

Finally, management stepped in and set up a formal crisis management plan that prescribed a security policy and offered guidance to ensure a state of pre-emergency readiness.

They worked with a private international security company to reduce the risks through a security program that identified the company’s exposures to problems in that region. Greater intelligence was gathered to ensure an understanding of the threats and appropriate measures were taken to protect the management and staff, but also to ensure continued operations.

Doing business in countries with unstable political structure calls for proactive crisis management.
Posted by Ross Campbell at 12:05 AM 2 comments: