Terrorist attack!  It comes as a painful shock when confronted by the real world, a world that includes random elements of activity devoid of social concerns, motivated by fear, insecurity and greed, and often characterised by incredible cruelty and violence. 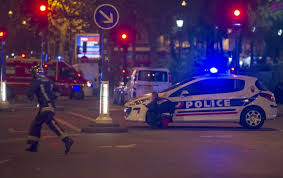 The coordinated terrorism attacks on Stade de France, Rue Bichat, The Bataclan and La Belle Equipe, like the terror attacks in Mumbai, Bali, and 9/11, are a dreadful reminder of the need for crisis planning, not just at the emergency response level but also the strategic organisational level.

Can any crisis plan provide acceptable solutions to unpredictable large-scale events?  The fact is that the impact of any crisis can be reduced with the establishment of a contingency plan. Above all, the executive teams of organisations - business, government, infrastructure - need to know what has to be done immediately when they are faced by the unpredictable.

What is the likelihood of a terrorist threat in your city, at your workplace, in your community? Certainly prevention and prediction capability has increased but it is also vital for organisations to be kept informed of the nature and extent of possible security threats.

Identifying vulnerabilities involves analysing who will be affected in your organisation, how they will be affected and what will be needed in response.  Once threats are anticipated, emergency and security teams can rehearse appropriate scenarios for managing the situation

Some of the possible threats identified in a recent counter-terrorist vulnerability analysis were:

As with any crisis, the key elements in an organisation’s defence strategy against terrorism are immediate response and control.

To control serious effects of terrorist attacks on organisations, training CEOs, senior management and Boards of Directors to be alert to the response to possible attacks is a fundamental requirement.

Organisations must be able to see crisis response to an act of terrorism as part of their corporate responsibility. Authority levels must be recognised and accepted.  Time should not be spent legitimising response, but rather doing it. A single-minded sense of purpose, organisational cohesion and absence of role conflicts, signals an organisation that is ready to respond to, and control, a critical incident whether it be within the organisation or part of an attack on a business district, suburb, town, city or country.