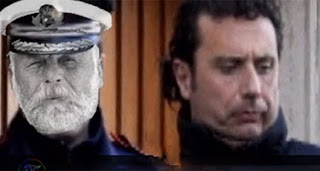 April 2012 is the centenary of the sinking of the Titanic. In January this year, the capsizing of the Costa Concordia sent a terrifying message that crisis management planning for passenger cruising has not progressed far in 100 years.

Safety was the central issue then, and safety was the issue on this new generation luxury ship. Again, almost 100 years later, passengers had to scramble to the other side of the sinking vessel as many of the lifeboats and rescue equipment were submerged. Also a key learning from the Titanic disaster was that passenger ships should have compartmentalisation to isolate flooding and allow water to be pumped away. This safety system appeared not to work on the Costa Concordia.

There are so many allegations of blame related to the company and the Captain from passengers on the bridge and "salute" manoeuvres that caused the ship to crash, to evacuations hampered by an ill prepared crew, the Captain deserting the ship and passengers bribing crew members for a place in lifeboats. The fact is, too many lives were lost in a shipping disaster that questions an industry lacking in regulation and safety standards.

Costa Cruises, owned by Carnival Corporation, say that Captain Shettino lied to the company and the ship's crew regarding the escalation of the incident. The confrontation between the Captain and the owners of the ship continues as the Captain has told the investigators that the company had instructed him to bring the ship close to the shore in a manoeuvre known as a "salute" to greet the people on the island. Records of the judge's statement in the hearing say that the Captain had "a total inability to manage the successive phases of the emergency".

Was there a crisis management and recovery plan in place? I think not. There seemed to be a breakdown in communication with passengers from ship to shore. Carnival's CEO Micky Arison took five days after the crisis unfolded to tweet - "I gave my personal assurance that we will take care of each & every one of our guests, crew and their families". This was included with a link to a Carnival press release promising to look after passengers. Then there were news reports that the cruise survivors have been offered a 30% discount on future cruises as part of possible compensation - a very insensitive approach to passenger relations.

The company was quick to blame Captain Shettino, but even if he was responsible for the incident, what controls and governance were in place to prevent the disaster occurring in the first place?

Six weeks after the Costa Concordia capsized, there was a major generator fire on the Costa Allegra in the Indian Ocean with a complete loss of power, sewerage, running water and air-conditioning. Helpless passengers waited days as they were towed to the Seychelles, fearing pirate attacks. There were no casualties.

The court of public opinion will decide on the future of the Costa brand but the centenary of the Titanic next month will show that little has changed in 100 years of luxury cruise ship accidents.
Posted by Ross Campbell at 5:23 PM No comments: