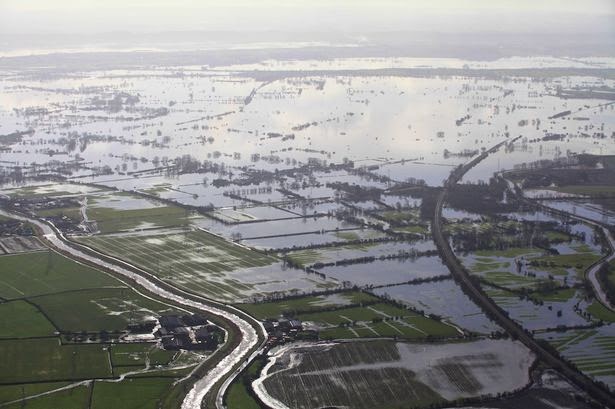 Regarding the recent terrible flooding crisis in the , I have just returned from that country and seen first hand the devastating flooding as torrential rain has caused the worst weather in ’s history, with much of the area that I saw looking more like an inland sea.

As The Guardian newspaper quoted then - “public anger has risen as inexorably as the filthy waters in thousands of homes.”  The Prime Minister, David Cameron, took a while to get there which presented the question in the court of public opinion of “why has he taken so long”?  Once there, he seems to have been very community active but he could have learnt a lot from the early leadership stance of then Premier, Anna Bligh, to the floods in . She walked and talked to the community from the start. Leadership spokespeople in crises must arrive early and say and make things happen.

2014 will see the timely launch of a new British Standard for Crisis Management for both business and government organisations and most applicable for strategic response to major events such as floods, fires, riots, explosions, critical accidents and major product disasters.

The new Standard will be aimed very much at executive management and those with strategic responsibilities in developing crisis management capability within their organisation. To quote the British Cabinet Office Public Available Specification facilitated in advance of the new Standard, "crises present organisations with complex and difficult challenges that may have profound and far-reaching consequences, sometimes irrespective of how successfully they are seen to be managed.  These consequences can be very damaging, especially where it is perceived that the organisation failed to prepare for, manage or recover from a crisis."

This is very relevant as countries and organisations around the world develop their crisis management capability at a more high-level context to respond to catastrophes. Malaysia Airlines and the Malaysian Government are experiencing this level of executive response under the microscope regarding their missing 777 aircraft where airline officials and government leaders are presenting information with very mixed and misleading messages.