Employees and families must be told of a crisis first and fast.  Responsible crisis planning requires management to report on the importance of a critical situation to every level of the organisation quickly and efficiently. 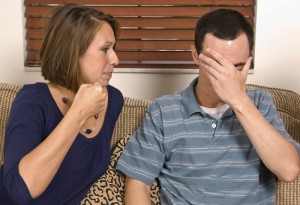 Rumour and innuendo need to be controlled with the same efficiency that an emergency crew uses to deal with a fire.  And it means a level of communication that many managers may not have applied before.  Sensitivity and strength of message will produce positive results.

In a world of social media, “tell ‘em nothing” or “we’ll let them know later” is a certain recipe for disaster.  Addressing employee issues first will enlist an army of support.  In the case of a company that is going through a major accident with fatalities in the workplace, the first people the media will seek out for information are employees.  If employees have a clear idea of what has happened, then facts lead the story instead of scandal and hearsay.

Employees form their own opinions quickly.  Will the crisis destroy the organisation and will they have a job?  Is the company responsible?  Having a plan of action in place to address employees’ concerns enables a company to move the message to its other stakeholders with the confidence that the whole organisation understands the situation.  It also assists in the recovery and business resumption process because employees are more willing to return to a normal work environment.  Also, if people are better informed, they are considerably more willing to assist in getting the company back on track again.

This is a highly sensitive communication area, and should be handled by company executives where company personnel are involved.

Certainly there are trained counsellors who understand exactly how to approach the sensitive problem of communicating bad news.  This tragic and sensitive job is often handed to a young police officer who is usually ill-experienced and ill-prepared to present the bad news to a family.

Neither is the police officer prepared to cope with what might follow in terms of a serious emotional response, physical collapse or at worst, an asthma or heart attack.

A lesson from a woman in a distant mining town who tells the story about a policeman waking her from a deep sleep in the early hours of the morning.

Upon opening the door and recognising the local officer, he presented the news to the half-awake recipient: “Sorry to tell you that your daughter’s been killed in a road smash near the town and I’ve got to get back there fast”.

The policeman had his job to do and couldn’t be in two places at once so he left the highly distressed and shocked woman to deal with this tragedy on her own, alone.

She waited for the morning to come, and after pulling herself together, walked through the local supermarket looking for some contact with the people of the town.

The few people in the supermarket avoided her with deliberation.  They had heard about the story but did not have the ability or the strength of mind to face this woman.  It wasn’t until later that day that real help arrived on her doorstep - some of the wives of the mining community got together and gave her the support that should have come hours before.
It is law in most countries that the police are required to notify families regarding a fatality first. But this should not be left only to emergency services personnel, or, even worse, by way of news broadcasts, to deliver the bad news.  Companies need to send their own management team to employees' homes or the hospital to support police and emergency services regarding an accident in the workplace. Management training on counselling techniques should be undertaken.  Qualified counsellors should assist in the training process.  The following are suggested guidelines:

Remember employees and victims’ families must be told about crises first and fast. The first question media will ask is – “have you informed your employees’ families”? What will be your answer?

Posted by Ross Campbell at 11:58 PM No comments: