It is human nature to avoid the worst case scenario. so it comes as a painful shock when we are confronted by the real world that includes random elements of activity seemly devoid of social concern, motivated by fear, insecurity and often characterised by cruelty and violence. 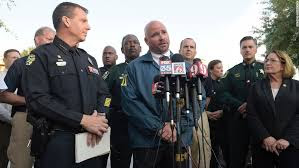 The tragic Orlando shooting with 49 deaths and many critically injured is the worst case scenario. And clearly asks us the question "Is our work place, favourite cinema, nightclub or sporting ground safe?".
The fact is it may not be but globally there is a higher than ever law enforcement and security watch in place than ever before. Importantly it is not just the tactical response to these events that is vital. behind every emergency and incident response there must be a strategic crisis response that provides an orderly and efficient transition from normal to emergency conditions and leaves those in charge free to manage the strategic specifics of an escalating incident.

Organisations that know what to do, who is going to do it and in what sequence are more effective when a crisis happens. This whole process begins with a clear identification of security, threats and vulnerabilities. Some of the possible threats identified in a recent counter-terrorist vulnerability analysis were:
Identifying vulnerabilities involves analysing who will be affected, how they will be affected and what will be needed in response.  Once threats are anticipated, crisis, incident and emergency teams can rehearse appropriate scenarios for managing the situation.
Such plans need to include procedures for alternative evacuation in the case of chemical spills or attacks, for communicating with both employees and the community, and for interfacing with external emergency services.

As with any crisis, the key elements in an organisation’s defence strategy against terrorism are prevention and control. While we don’t often hear about such tactics, there are numerous cases of law enforcement agencies pre-empting acts of terrorism.
To control serious effects of terrorist attacks, training the general public, employees and communities to be alert to possible attacks is a fundamental requirement. In cities such as , where terrorist attacks are all too frequent, people go about their daily lives with a naturally heightened awareness. Many have learnt from experience, but most have been trained to be the eyes and ears of the security and law enforcement agencies, on the lookout for unusual circumstances.

Posted by Ross Campbell at 7:34 PM No comments: