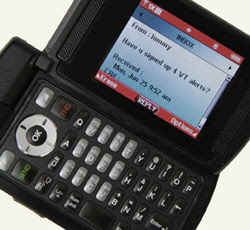 Early responses from students and staff say the system worked well. Some students told television media the alert system was "awesome". This immediate and proactive aspect of the emergency response to the university shooting was taking place as Virginia Tech officials in Washington appealed a $55,000 fine levied by the US Department of Education after the previous 2007 massacre which killed 33 people. The fine was imposed for waiting too long to notify students after the attack.

The US Federal enquiry key findings that came out of the 2007 event were that:

* Education officials, healthcare and law enforcement personnel are not fully informed about sharing critical information on dangerous persons.
* Parents, students and teachers must learn to recognise warning signs and encourage those who need help to seek it.
* It is essential to keep guns out of the wrong hands.
* Need to fully implement emergency preparedness through practice and communication.

In this week's Virginia Tech shooting, a huge number of social media sites carried student views and videos of the shooting scene - many of the images have been picked up and used by mainstream media.

Pre-planning communication with key stakeholders in a crisis is at the centre of strong crisis management. Effective, up-to-date communication systems typically enhance response effectiveness during a critical incident, and early reports indicate that the Virginia Tech emergency notification system was a valuable asset for campus stakeholders.
Posted by Ross Campbell at 2:16 PM 1 comment: 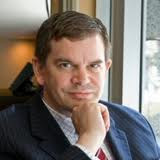 Managing the constant barrage of crises in today's rapidly changing environment will ultimately rely on the use of the internet, the inter-connectiveness of the business value chain and managing the changing information status.

Dr. John Bates, Chief Technology Officer at responsive business specialist Progress Software, proposes that businesses plug in and profit in the face of constant crisis. In the special abridged edition of his forthcoming book, Business Attention Deficit, he says that organisations need to follow simple rules:

* "Gain real time visibility of business events as they happen.
* Proactively sense and respond to opportunities and threats
* Continually improve your business using 21st century techniques
such as social media, mobility solutions and the cloud."

Dr. Bates identifies recent rapid cataclysmic crises that put modern business on a war footing. He confirms that business has to be responsive and provide a bulwark against the worst case scenario, particularly related to the Flash Crash that wiped trillions of dollars off the US stockmarkets and confounded regulators and traders, the BP oil spill in the Gulf of Mexico, escalating from an environmental crisis, and the earthquake and tsunami in Japan disrupting the supply chain in car parts and affecting the global automobile industry.

Identifying crisis threats needs to be constant. As an organisation changes, so do the threats. One year in a period of building, plant accidents may be high on the agenda and in another place, in another country, the threat of kidnap and ransom may be high on the agenda. As the organisation faces larger audiences, the threat of safety and security may be the priority. Once the threats have been identified, the priority is to determine the strategic and tactical responses that would contain, control and then recover from such an event.

Dr. Bates' book, "B.A.D. - How to plug in and profit in the face of constant crisis", was previewed at the Progress Revolution conference in Boston in 2011 and will be published in 2012.
Posted by Ross Campbell at 7:59 PM 1 comment: